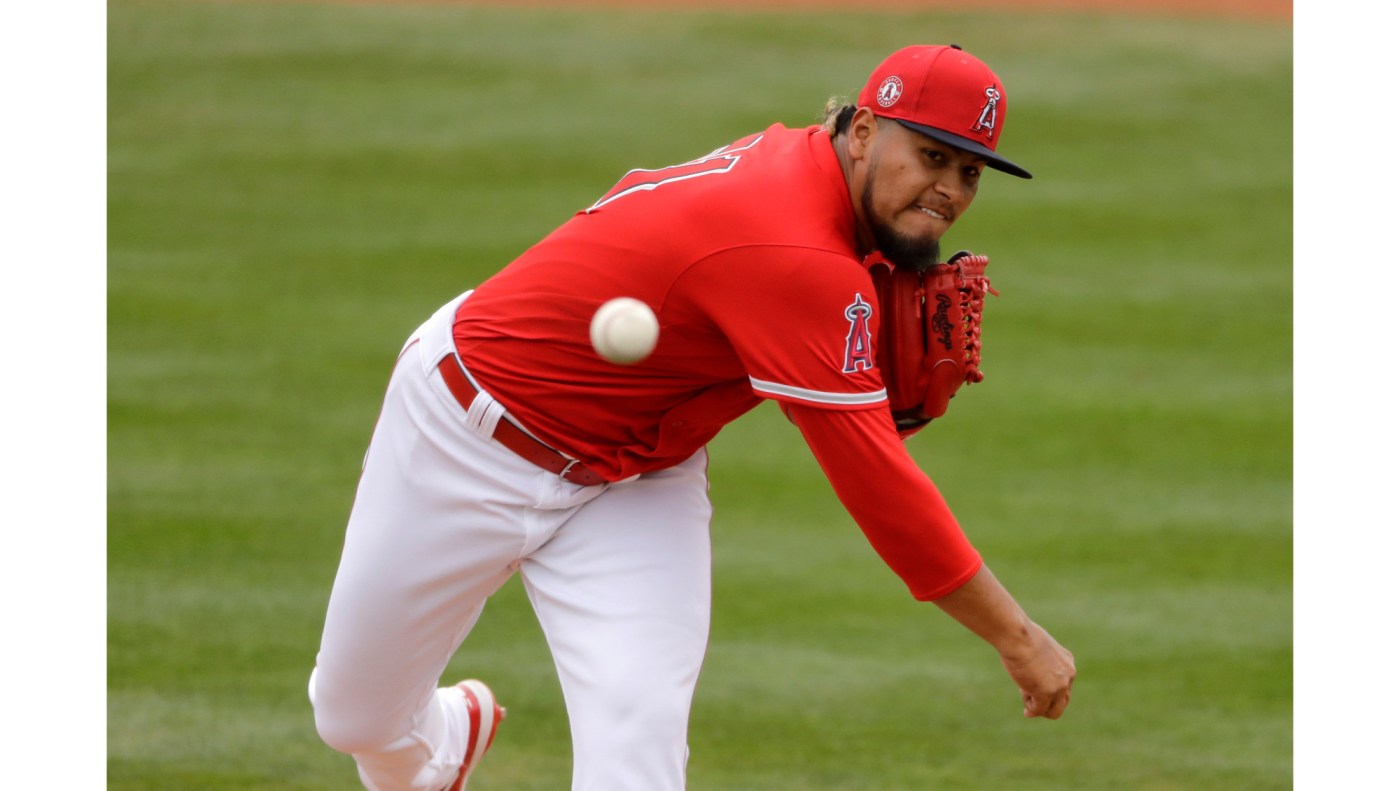 THE GAME: The Angels beat the Seattle Mariners, 6-2, in a six-inning Cactus League game on Sunday at Tempe Diablo Stadium.

PITCHING REPORT: Right-hander Jaime Barria gave up a home run to Ty France, but he retired the other six batters he faced in his two-inning outing. Barria is the pitcher most likely to join the rotation if any of the top six starters get hurt. Otherwise, he figures to be in the bullpen because he’s out of options, although that could change based with an arbiter’s ruling this month. The issue is whether the shortened 2020 season counts as a “full season” in terms of the option rules. “I’m not going to lie, it’s in the back of my head,” Barria said through an interpreter. “But at the same time, it’s something I can’t control. … Whatever happens, I do feel I have done enough to be part of the team.” … Right-hander Felix Peña pitched a scoreless inning, working around a walk. … Right-hander Ty Buttrey gave up a run, but one of the hits was an infield hit and the other was a catchable ball down the left field line that went for a triple. … Left-hander Jose Suarez struck out four in two scoreless innings. Suarez has a 7.99 ERA in the big leagues, but Maddon believes the stuff he showed on Sunday is indicative of his potential. “As he learns to utilize what he has, he can be that kind of pitcher,” Angels manager Joe Maddon said. “He needs a better game plan. He needs to understand himself better, but that’s what he’s capable of doing.”

HITTING REPORT: Albert Pujols doubled into left center and then he scored when Justin Upton dropped a bloop double down the right field line. Pujols also had a single, improving to 4 for 8 this spring. Upton is 3 for 8 this spring. … Shohei Ohtani narrowly missed his second homer of the spring, with center fielder Kyle Lewis making a leaping catch at the fence. … The Angels scored the go-ahead run on a bases-loaded walk in the fifth and then the inning was ended with one out. Ohtani lined a single into left in his next trip. He’s 4 for 7 with a walk this spring. … Phil Gosselin and Scott Schebler hit back-to-back homers, the first of the spring for each of them.

DEFENSE REPORT: Shortstop Jose Iglesias charged a slow roller and made an acrobatic pickup and flip to first as he flopped onto the ground. He earlier made a nice play charging a slow chopper. … Left fielder Jose Rojas, who mostly plays infield, had trouble tracking down a fly ball at the line and it went for a triple. … Third baseman Luis Rengifo picked up a ball that had deflected off Buttrey and hurried the throw to first to get the out. … First baseman Matt Thaiss made a diving stop down the line.

Taylor Ward tries to squeeze onto the Angels roster by adding defensive versatility, including a return to catcher

Jo Adell hits first homer of the spring, but Angels lose to Rockies

Dodger Stadium, Angel Stadium will begin 2021 season with fans in the stands