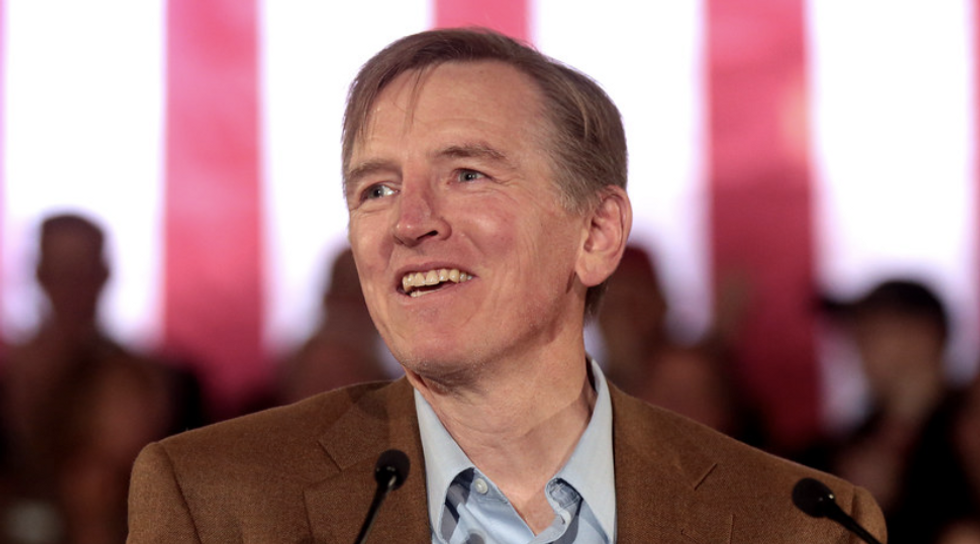 Having a sitting member of Congress address AFPAC gave a credibility boost to Fuentes’s efforts to recruit young conservatives to his far-right ideology. And Gosar’s appearance on AFPAC’s stage wasn’t the last of it.

Gosar, who sat through Fuentes’ speech emphasizing the importance of preserving a white “demographic core,” praising the Jan. 6 insurrection as “awesome,” and mocking Republican Rep. Madison Cawthorn’s disability, met with Fuentes the next day.

Gosar responded to criticism by saying that he denounced “white racism,” but a week after the conference, he posted a tweet containing a slogan frequently repeated at AFPAC: “America First is inevitable.”

An op-ed in the Arizona Republic condemned Republican officials’ silence on Gosar’s appearance at AFPAC. Rep. Liz Cheney, R-Wyo., already on the outs with Trump supporters, was one of the few Republicans to criticize Gosar for appearing at the “clearly racist” AFPAC event.

Gosar skipped a House vote on the COVID-19 relief package to make it to Florida in time for his AFPAC appearance. Although Fuentes’ record of bigotry and extremism has led to him being banned from CPAC and some social media platforms, Gosar’s appearance at AFPAC did not disqualify him from speaking at CPAC the following day.

Prior to the conference, the hard-right Gosar was a promoter of Trump’s false stolen-election claims and a supporter of the “Stop the Steal” movement. MSNBC’s Steve Benen noted Tuesday that “House Administration Committee Chair Zoe Lofgren (D-Calif.) issued a 2,000-page report late last week ‘exposing thousands of social media posts by GOP lawmakers attacking the presidential election and spreading lies before and after the deadly storming of the U.S. Capitol by Donald Trump supporters seeking to overturn the results.'” Gosar’s messages took up 177 pages.

As Benen reported, Gosar has a history of extremist rhetoric. A few years ago, Gosar visited an Arizona chapter of the Oath Keepers. When asked if the U.S. was headed for civil war, Gosar reportedly replied, “We’re in it. We just haven’t started shooting at each other yet.” Oath Keepers’ founder Stewart Rhodes, who repeatedly warned that militias would wage bloody civil war if Trump did not remain in power, was identified by federal prosecutors this week as playing a role in the Jan. 6 insurrection.

A month before Gosar’s appearance at AFPAC, a New York Times article on Republican representatives’ associations with extremists noted:

In July, Mr. Gosar, a dentist, posed for a picture with a member of the Proud Boys. Two years earlier, he spoke at a rally for a jailed leader of Britain’s anti-immigrant fringe in London, where he vilified Muslim immigrants as a “scourge.” And in 2014, he traveled to Nevada to support the armed standoff between law enforcement and supporters of the cattle rancher Cliven Bundy, who had refused to stop trespassing on federal lands.

This article was originally published by Right Wing Watch and is republished here by permission.