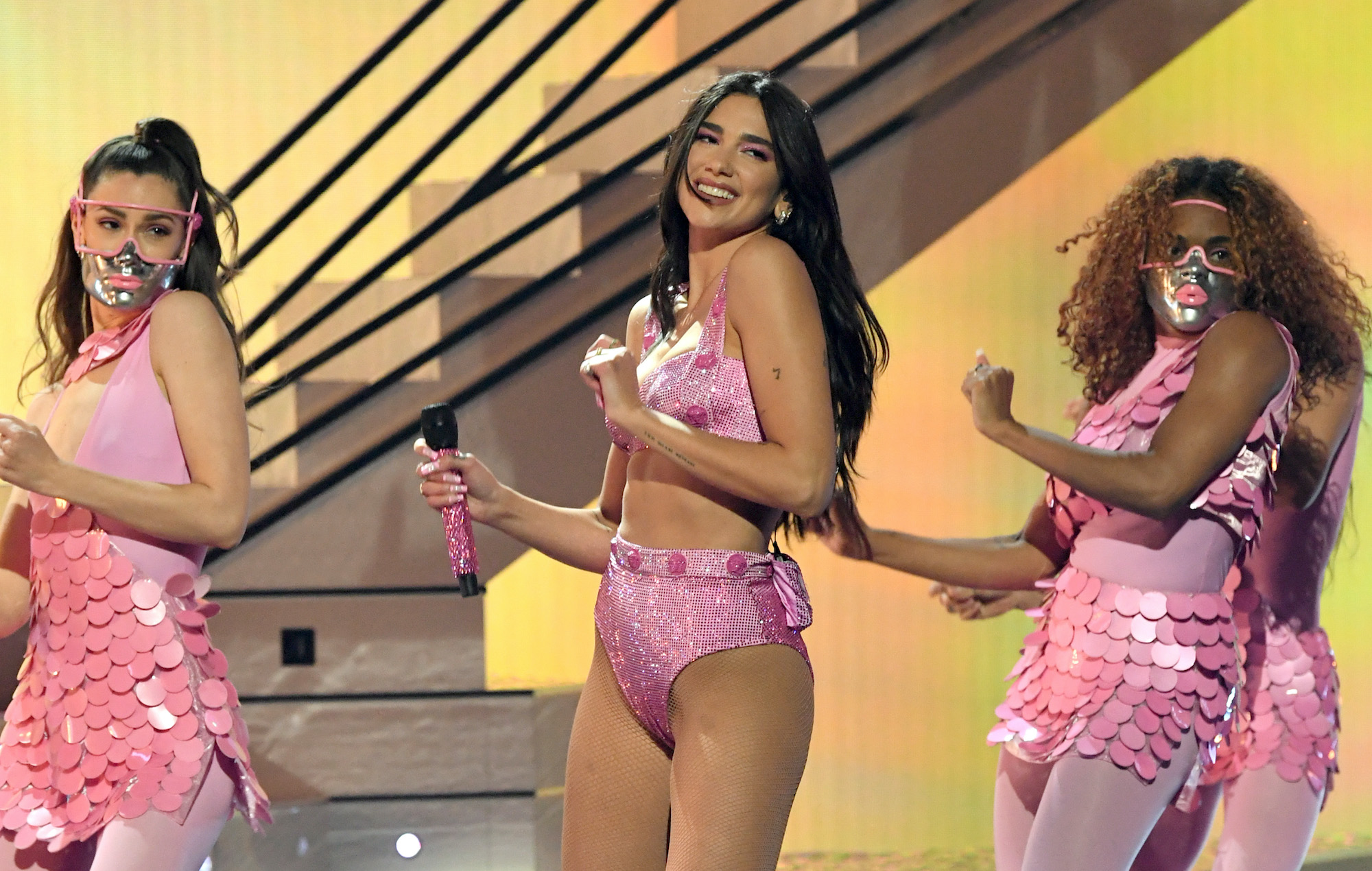 Dua Lipa brought tracks from her acclaimed second album ‘Future Nostalgia to the Grammys 2021 tonight (March 14) – scroll down the page to watch her performance now.

The Grammys 2021 is currently underway in Los Angeles, with winners so far including Beyoncé, Megan Thee Stallion and Fiona Apple.

Read more: Dua Lipa: “If somebody told me not to discuss issues I’m passionate about? I wouldn’t listen”

The pop star began her performance with a rendition of ‘Levitating’, for which she was joined by DaBaby. Later, she delivered a version of the nominated ‘Don’t Start Now’, which she performed surrounded by masked dancers.

Harry Styles also opened the main ceremony with a performance of ‘Watermelon Sugar’, while Bruno Mars and Anderson .Paak brought Silk Sonic to the stage for the first time.

At the premiere ceremony, Poppy debuted a brand new song called ‘Eat’. Burna Boy closed out the first portion of the awards show with a medley of ‘Level Up’, ‘Onyeka’, and ‘Ye’, shortly after picking up his first award.

You can follow all the Grammys 2021 winners as they happen here and keep checking back for more coverage of the ceremony on NME.com tonight.

Watch Haim make their Grammys debut with ‘The Steps’