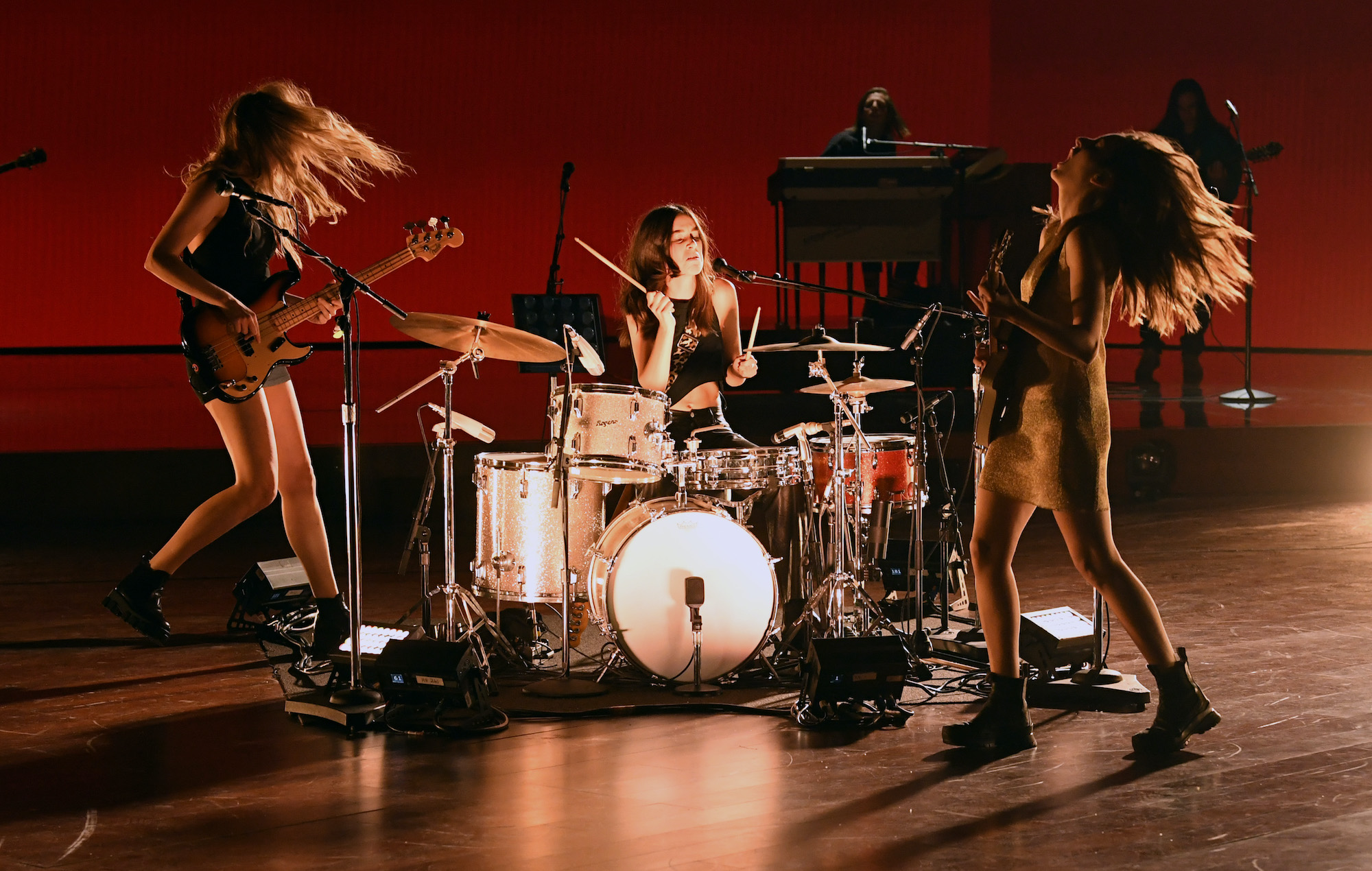 Haim made their debut live performance at the Grammys 2021 tonight (March 14) – scroll down the page to watch her performance now.

The Grammys 2021 is currently underway in Los Angeles, with winners so far including Beyoncé, Billie Eilish and Fiona Apple.

The Los Angeles band are nominated for Best Rock Performance for ‘The Steps’ and Album Of The Year for ‘Women In Music Pt. III’.

In the opening segment of the show, the Haim sisters followed performances from Harry Styles and Billie Eilish to play ‘The Steps’. Danielle Haim sat behind a drumkit while Este and Alana played bass and guitar respectively either side of her.

Watch footage of the band’s performance below now.

#HAIM hits the stage at the 2021 #GRAMMYs pic.twitter.com/sT3qNaY5UP

At the premiere ceremony, which was livestreamed ahead of the main event, Poppy debuted a brand new song called ‘Eat’. Burna Boy closed out the first portion of the awards show with a medley of ‘Level Up’, ‘Onyeka’, and ‘Ye’, shortly after picking up his first award.

Megan Thee Stallion was crowned Best New Artist as the main ceremony kicked off. You can follow all the Grammys 2021 winners as they happen here and keep checking back for more coverage of the ceremony on NME.com tonight.

The post Watch Haim make their Grammys debut with ‘The Steps’ appeared first on NME.

Source: Watch Haim make their Grammys debut with ‘The Steps’