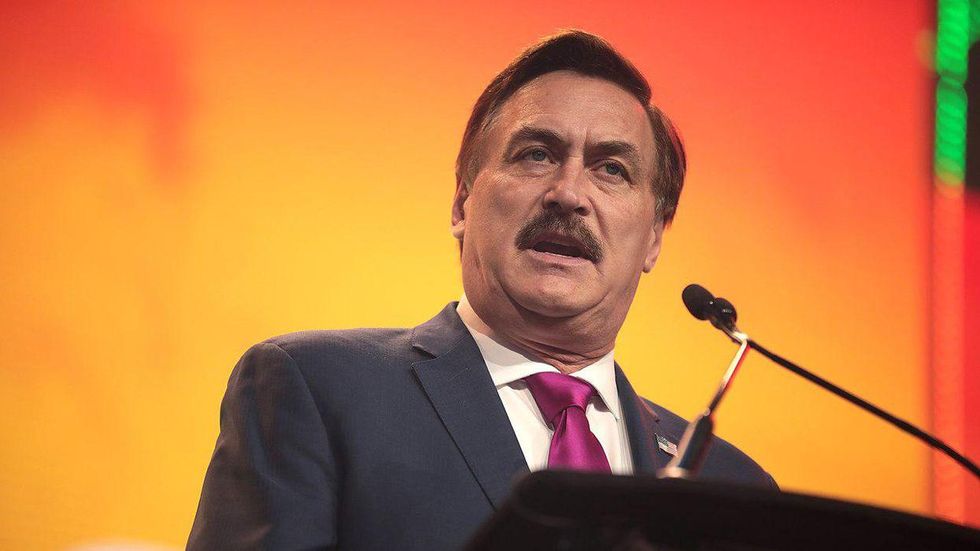 MyPillow CEO Mike Lindell has no plans of backing down from his fight to prove there was widespread election fraud in 2020 election, despite the total absence of any legitimate evidence. The pillow magnate is now faced with a $1.3 billion dollar lawsuit filed by Dominion Voting Systems, but is doubling down on his allegations despite projecting that MyPillow will lose $65 million this year after 22 retailers pulled his products off the shelves.

Lindell has a new plan, not only to expose alleged “widespread voter machine fraud” in the 2020 election but also to stop his business from hemorrhaging cash. MAGA World’s favorite bedding manufacturer has turned to right-wing influencers to hawk his products, ranging from the eponymous (and formerly popular) MyPillow to bedsheets and dog beds. From Newsmax hosts Lynnette Hardaway and Rochelle Richardson, better known as “Diamond and Silk,” to “pizzagate” conspiracy theorist Jack Posobiec, Lindell has set up lucrative deals with characters in the lower depths of conservative media to push his products, in exchange for commissions on sales revenue.

Lindell believes that by going all-in on selling his products directly to consumers, he can make up for his losses with commercials and online advertising. “We obviously can’t get that back; we’re going to lose that,” Lindell told Business Insider on Sunday, speaking of the financial setbacks his company has already suffered. “We’re going to look at other strategies to try and get that revenue back,” Lindell said. “We’re looking at every space for that. We’ve expanded so much in radio and podcast. … It’s just booming right now. We hope that that makes up a lot of it.”

A spokesperson for MyPillow assured Salon that Lindell would comment for this story, but he did not respond to repeated requests in time for publication.

In other MyPillow news, Lindell has said that his new social media platform, FRANK, which stands for “Free, Forthright, and Sincere Expression of Speech,” will be online next week. “Coming next week … a social media platform like no other!” Lindell wrote in a Parler post his week. The new platform will have plenty of conservative-leaning alternatives to compete against, from Parler to the far-right platform Gab, and eventually, perhaps, Donald Trump’s own social platform.

Lindell has also been busy attempting to roll out a series of documentaries based on the holy grail of “exposing” Dominion Voting machines and proving there was “voter fraud” in the 2020 election. The MyPillow CEO began by releasing a two-hour video in February called “Absolute Proof,” but apparently it did not live up to its title because he plans to keep going. Detailing his plans during appearances on right-wing YouTube channels, Lindell said he plans to premiere other long-form “films,” with titles that include “Absolute Cover-Up” and “Absolute Interference.” To date, Lindell has already followed up “Absolute Proof” with another video entitled “Scientific Proof,” which features a doctor making data prediction models from the 2010 census, attempting to prove “irregularities” in the 2020 election.

Late in March, Lindell went on something of a tirade as a guest on Steve Bannon’s podcast, claiming without explanation that Trump would somehow return to office later this year. Bannon tried to interrupt him, saying, “Hold on a sec, hold on,” but Lindell would not be dissuaded, shouting: “Donald Trump will be back in office in August!”

Source: MyPillow CEO Mike Lindell still believes Trump will be heading back to the White House

Why Matt Gaetz Was Left Twisting in the Wind