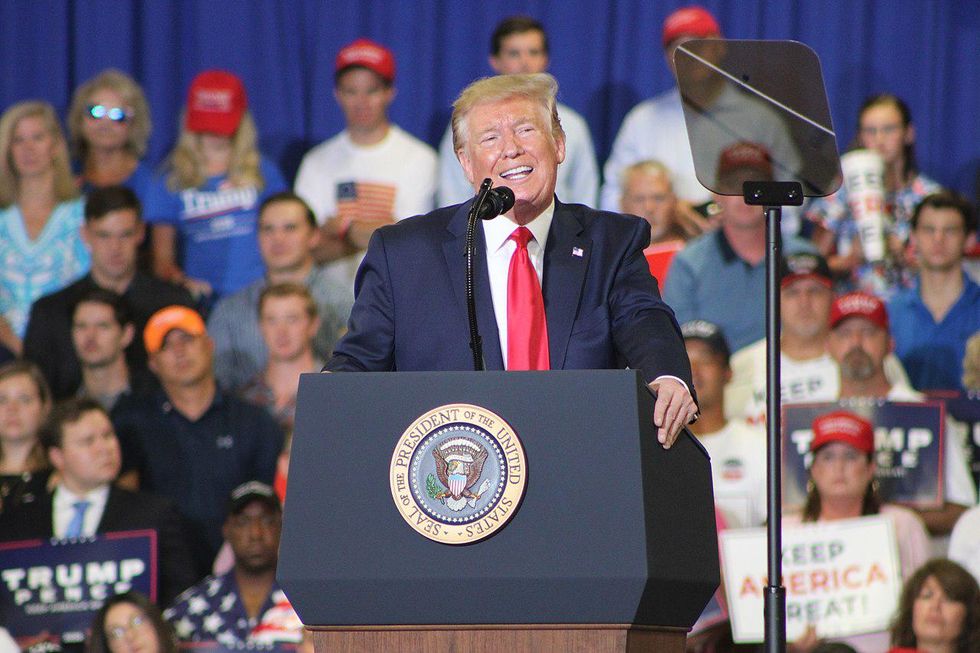 Although former President Donald Trump has been gone from the White House since January 20, his diehard supporters remain true believers — and many of them are still sending him money. Richard W. Painter, who served as chief White House ethics lawyer under President George W. Bush, laments how gullible those voters are in an op-ed published by MSNBC’s website on April 9.

Painter notes recent reporting by the New York Times’ Shane Goldmacher that describes the Trump campaign’s unethical fundraising tactics. Voters who agreed to make single donations were slammed with recurring billing that they didn’t know they were signing up for.

“Legal or not, one would have hoped presidents would be above such things,” Painter writes. “But Trump hammered home the lesson that not all commercial speech is free speech. It’s certainly not free for the person stuck with the credit card bill.”

Although Trump was voted out of office in 2020 and now-President Joe Biden defeated him by more than 7 million in the popular vote, the former president still knows know to fire up his MAGA base.

“Like so many before him, Trump knows how to mesmerize people as he lightens their wallets,” Painter observes. “For decades, he was the champion of brash new money — someone who played by his own rules against the establishment. He sold hundreds of millions of dollars of casino bonds backed up by his promise to build one of the glitziest casinos in Atlantic City…. Then came the 2016 presidential campaign. Trump shifted his focus to the right wing of the Republican Party and to disengaged and disillusioned voters who needed someone to appeal to their masculinity, White racial identity and anger at immigrants who they believed robbed them of jobs. Campaign fundraising soared.”

Painter wraps up his op-ed by lamenting that Trump is still “raking in the cash” and will continue to do so.

“Many Americans have succumbed to Trump’s affinity fraud, giving him their hard-earned money they could have used for more useful things,” Painter notes. “The real kicker is that many will not admit they were defrauded. They will continue to believe in Trump, just as he will continue to tell them that he won the 2020 election. And, if they just send more money, he promises he will come back in 2024 and win another.”

Source: Trump is still ‘raking in the cash’ from many gullible supporters who buy into his scam: legal expert

Why Matt Gaetz Was Left Twisting in the Wind