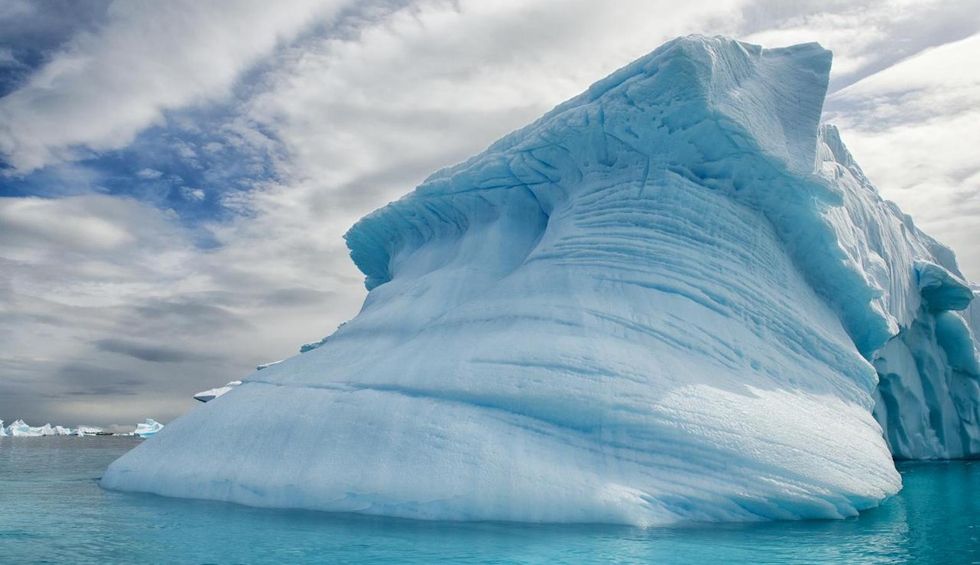 by Ella Gilbert, University of Reading

Images of colossal chunks of ice plunging into the sea accompany almost every news story about climate change. It can often make the problem seem remote, as if the effects of rising global temperatures are playing out elsewhere. But the break-up of the world’s vast reservoirs of frozen water – and, in particular, Antarctic ice shelves – will have consequences for all of us.

Before we can appreciate how, we need to understand what’s driving this process.

Ice shelves are gigantic floating platforms of ice that form where continental ice meets the sea. They’re found in Greenland, northern Canada and the Russian Arctic, but the largest loom around the edges of Antarctica. They are fed by frozen rivers of ice called glaciers, which flow down from the steep Antarctic ice sheet.

Ice shelves act as a barrier to glaciers, so when they disappear, it’s like pulling the plug in a sink, allowing glaciers to flow freely into the ocean, where they contribute to sea level rise.

If you cast your mind back to 2002, you may remember the sudden demise of Larsen B, an ice shelf on the Antarctic Peninsula – the tail-like landmass which stretches out from the West Antarctic mainland – which splintered over just six weeks. 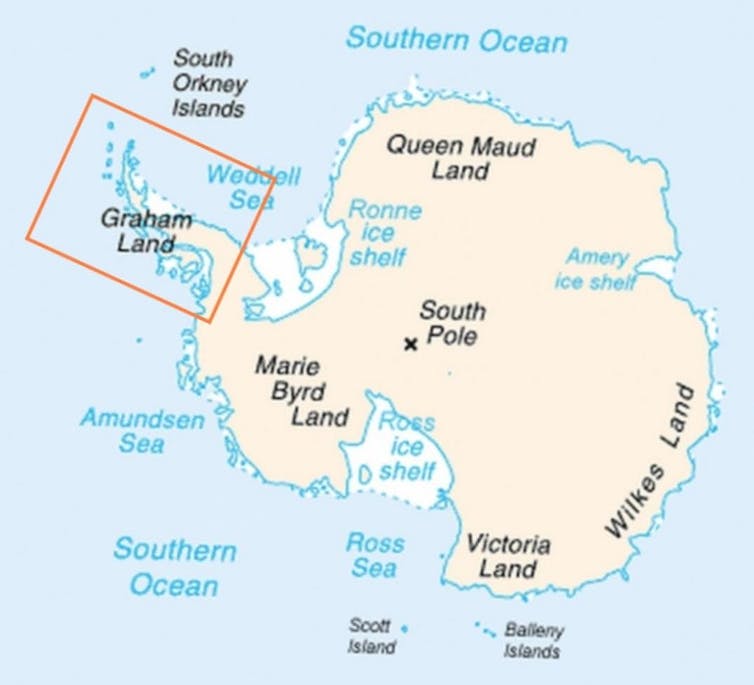 The Antarctic Peninsula, highlighted in red, is the northernmost part of the continent. (Anna Frodesiak/Wikipedia)

Before Larsen B broke up, satellite images showed meltwater collecting in huge ponds on the surface, the precursor to a process called “hydrofracturing”, which literally means “cracking by water”.

Ice shelves are not solid blocks of ice: they’re made up of layers with fresh snow at the top, which contains lots of air gaps. Over many seasons, layers of snow build up and become compacted, with the bottom of the shelf containing the densest ice. In the middle, there is a porous medium called firn, which contains air pockets that soak up meltwater every summer like a sponge.

In the Antarctic summer, ice shelves get warm enough to melt at the surface. That meltwater trickles into the firn layer, where it refreezes when temperatures dip below freezing again. If the rate of melting every year is greater than the rate at which that firn can be replenished by fresh snow, then those air pockets eventually fill up, causing the ice shelf to become one solid chunk.

If that happens, then the following summer when melting occurs, the water has nowhere to go and so collects in ponds on the surface. That is what we can see in the satellite images of Larsen B before it collapsed.

At this stage, meltwater begins to flow into crevasses and cracks within the ice shelf. The weight of water filling these rifts causes them to widen and deepen, until suddenly, all at once, the cracks reach the bottom of the shelf and the whole thing disintegrates.

Scientists believe the collapse of Larsen B was caused by a combination of persistently warm weather and a background of ongoing atmospheric warming, which drove unusually high melt rates.

After its collapse, the glaciers that previously fed Larsen B sped up, spitting more ice into the ocean than before. Currently, the Antarctic Peninsula, an area that has seen more than half its ice shelves lose mass, is responsible for around 25% of all ice loss from Antarctica. It holds enough ice to raise global sea levels by around 24cm.

But what might happen to the rest of Antarctica’s ice shelves in the future is still uncertain. As the climate warms, ice shelves are more likely to collapse and accelerate global sea level rise, but by how much? This is something myself and a colleague have explored in a new study.

We used the latest modelling techniques to predict the susceptibility of ice shelves to hydrofracturing at 1.5°C, 2°C and 4°C of global warming – scenarios that are all still plausible. Like with Larsen B, the presence of liquid water on the surface of an ice shelf indicates that it is becoming less stable, and so vulnerable to collapse by hydrofracturing.

In our paper, we identified four ice shelves – including two on the Antarctic Peninsula – which are at risk of collapse if global temperatures rise 4°C above the pre-industrial average. If both were to disintegrate, the glaciers they hold back could account for tens of cm of sea level rise – 10-20% of what’s predicted this century.

But limiting global warming to 2°C would halve the amount of ice shelf area at risk of collapse around Antarctica. At 1.5°C, just 14% of Antarctica’s ice shelf area would be at risk. Cutting that risk reduces the likelihood of this vast and remote continent significantly contributing to sea level rise.

Clearly, reducing climate change will be better not just for Antarctica, but for the world.

This article is republished from The Conversation under a Creative Commons license. Read the original article.