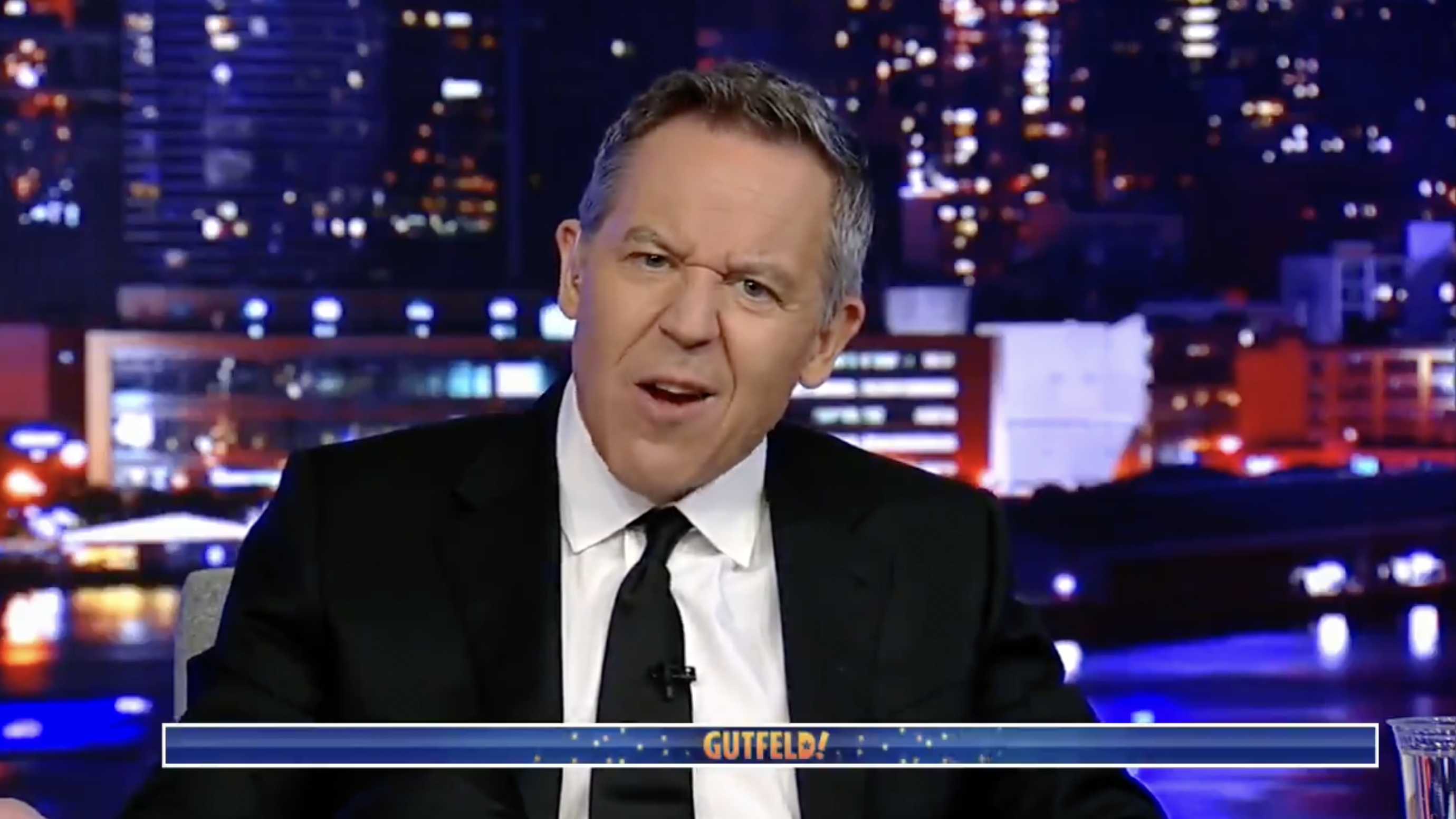 Over the past 25 years, Fox News has turned both cable news and partisan propaganda into a science. Obsessed with breaking down ratings to the minute, if not the millisecond, the network is hyperaware of tiny variations in its audience’s mood, juggling hosts and formats to ensure its geriatric viewers never turn away.

It reached a new pinnacle in the Trump era. Watched practically every second of every day by the president of the United States, Fox News was likely the most influential institution in the country. When a Republican wanted to get a message straight to Donald Trump all they had to do was go on Fox News. Even with Trump in quasi-exile, Fox News is as powerful as ever—nothing comes close to its ability to shape the American right and the Republican Party.

How, then, do you explain Gutfeld!?

Greg Gutfeld’s new right-wing comedy program might not be the worst program in television history, but it is undoubtedly the worst late-night comedy show in television history. (Yes, it is even worse than Chevy Chase’s.) It is excruciating and often depressing to watch. Even a couple of minutes makes you question the point of comedy itself and wonder if you’ll ever laugh again. It is the latest futile attempt at providing a conservative counter to The Daily Show and proving that conservatives are funny, too, goddamnit—a pathetic and profoundly insecure show that mostly serves as a collection of anxieties about the left’s cultural power.

But mostly it just sucks. The show’s logo, as many have pointed out, so closely resembles that of the cartoon strip Garfield that it cannot be an accident. Garfield and Gutfeld sound sort of similar—get it? Sadly, the logo is probably the funniest thing about the show.

The premise of Gutfeld! is essentially InfoWars’ Paul Joseph Watson’s now infamous tweet: “The right is starting to get better at comedy and it’s making lefties nervous.” Gutfeld’s opening monologue targeted his would-be competitors. “As for those late-night shows we’re supposed to compete against—why bother? Who do they offend?” he asked. “The only time Stephen Colbert ruffles feathers is in a pillow fight. The definition of risk for Kimmel is dehydration from crying too much. Fallon? That guy fawns more than a herd of deer. And I heard Seth Meyers and Trevor Noah have run off to be obscure together.”

Liberals, the thinking goes, are too obsessed with wokeness and political correctness; the mob has made comedians afraid to do comedy that’s actually funny. This bit, it should be underlined, got one tepid laugh from the audience—the reference to Kimmel choking up over his son’s heart defect—which, by the standards of Gutfeld!, makes it a success. (Notably, Guttfeld sings a different tune off-air, citing Fallon’s “Slow-Jamming the News” and James Corden’s “Carpool Karaoke,” two of the most culturally damaging segments in recent memory, as “million-dollar ideas” in an interview with The Hollywood Reporter.)

His show is largely modeled on one he left unmentioned: Bill Maher’s weekly HBO smarm-fest. Like Maher’s, his monologue alternates between attempts at humor and stern lectures about politics and culture, though Maher is a comedic genius in comparison. Gutfeld has a habit of underlining his jokes to make sure his audience catches them. He has adopted Dennis Miller’s half-smirk as a tell—get ready, the punchline is coming!—that feels like his take on Jeb Bush’s “please clap.” (In this case, the plea is more desperate: “Please laugh, I’m begging you.”) He tilts his head 45 degrees with every punch line, resembling a confused golden retriever.

How about the jokes? Well, you see, Joe Biden is old. The Biden administration has a hard time explaining its child detention policy. The mainstream media both has Trump Derangement Syndrome and is desperate to have him back because everything is so boring now. Nicole Wallace is a woman and therefore has an annoying voice. Young people want to cancel old people—even grandma! The first minute of the show literally included a painfully long joke about Brian Williams lying about being on Mars, a reference to an apology Williams made six years ago about something he had lied about 10 years ago. Timely stuff!

None of this is particularly edgy. Gutfeld’s ostensibly made his show about pushing boundaries, but has nothing to say that isn’t a warmed-over version of talking points that Fox viewers have been subjected to for months. The only difference is that Gutfeld delivers them in something vaguely reminiscent of a joke format. It doesn’t help—even John Oliver’s driest explanations of tort reform or whatever get more laughs than whatever it is Gutfeld’s doing. The smatterings of laughter that greet Gutfeld’s “jokes” will be familiar to anyone who has attended a level-one improv showcase—painful pity laughs.

A segment about Major League Baseball moving the All-Star Game from Atlanta to Denver in response to Georgia’s restrictive new voting laws was especially cringeworthy. “What were they smoking? Well it is Colorado, so probably weed. But you must be high to think this was a solution,” Gutfeld said. Get it? Using the galaxy-brain logic you see in Ben Shapiro videos about owning the libs, Gutfeld also explained that it was racist to move the game because Atlanta has more Black people. “To help Black people, MLB moved the game to Denver, which is whiter than the slopes of Aspen.” Got ’em! How will they ever come back from that?

The question of why conservatives are so unfunny remains something of a mystery. The biggest problem here is that Gutfeld is decidedly not funny and seems to be driving the show. It feels a bit like when late-night hosts had to do it all during the writer’s strike in 2007. The show is currently only hiring freelancers—either a sign that writers aren’t interested or a sign of lack of faith from Fox—and it’s clear that the comedy community is not sending its best. Gutfeld! is burdened by a desperation to prove not just that conservatives can be funny but that Greg Gutfeld is funny, TOO. It conclusively proves that both aren’t.

It has, however, been something of a success, bringing in 1.7 million viewers. This probably feels more like a curse than a blessing, even to Greg Gutfeld. If Fox can’t cancel this show, he may be forced to do the same dumb, unfunny jokes forever.

Source: Is Gutfeld! the Worst Show on Television?