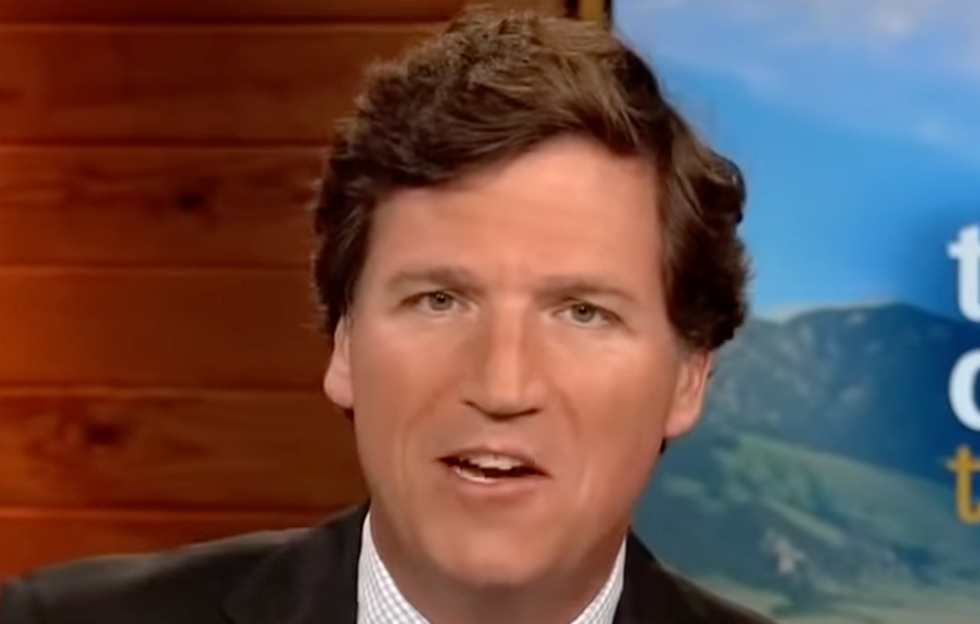 During his show, Carlson claimed it was “true” that “the Democratic Party is trying to replace the current electorate” with “new people, more obedient voters from the Third World.”

Responding to this, Anti-Defamation League CEO Jonathan Greenblatt called on Fox News to fire Carlson for his most overt embrace yet of white nationalist rhetoric.

“‘Replacement theory’ is a white supremacist tenet that the white race is in danger by a rising tide of non-whites,” Greenblatt wrote on Twitter. “It is antisemitic, racist and toxic. It has informed the ideology of mass shooters in El Paso, Christchurch and Pittsburgh. Tucker must go.”

Although Carlson claims that he is not a neo-Nazi, actual neo-Nazis frequently praise and cite his show, and Daily Stormer founder Andrew Anglin has described Carlson as “literally our greatest ally.”