Pat Sajak has certainly made a meal of some final puzzles on Wheel of Fortune, but his latest mistake no one seemed to notice. The longtime host of the word puzzle game show has had a number of odd moments on this season of Wheel, some perhaps more offensive than others.

On Thursday’s episode, Sajak actually gave away the answer to the final puzzle that ended up stumping a contestant because he didn’t realize he had been given an enormous clue in the pre-guess banter. Sajak brought the show to its final puzzle where our big winer, Jeffery, didn’t get much help from RSTLNE and his choice of letters and vowel. 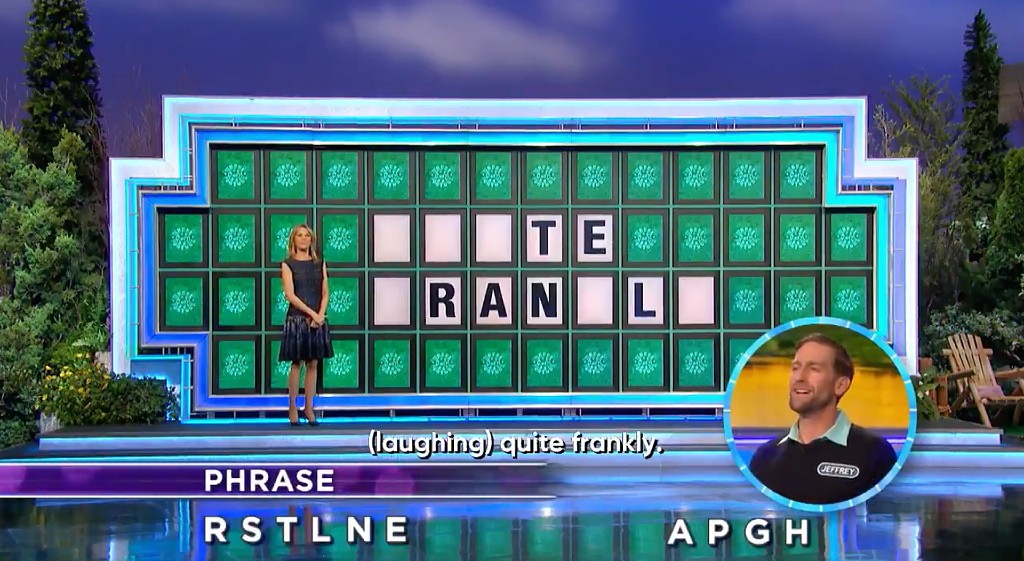 “Yikes,” Sajak said when only the “A” popped up for Jeffrey. “Well, I’d rather be standing here than there, quite frankly.”

But here’s the problem: the answer to the puzzle actually was “quite frankly.” Sajak gave it away just before the 10-second timer started for Jeffery, but he didn’t notice the phrase said out loud on the board of blank letters in front of him. After the commercial break, Sajak actually noted that he gave the whole thing away without anyone realizing, though he immediately knew he had made a gaffe.

The show’s Twitter account even called him out on Friday, sharing the clip with the eyeballs emoji.

Did anyone catch this?

It’s a very funny moment because no one realized what Sajak had a slip of the tongue here, but it would have brought up an interesting quandary if Jefferey had solved the puzzle, perhaps with Pat’s help. Fans have certainly rooted for players to get breaks in the past, and hopefully the same thing would happen here. Still, all Sajak can do here is laugh about what could have been a much bigger blunder, if anyone had noticed at the time.

“It’s funny,” Sajak later said. “What your mouth will say that your brain says ‘You shouldn’t do that.’”

Source: Pat Sajak Made A Huge Mistake No One Seemed To Notice On ‘Wheel Of Fortune’