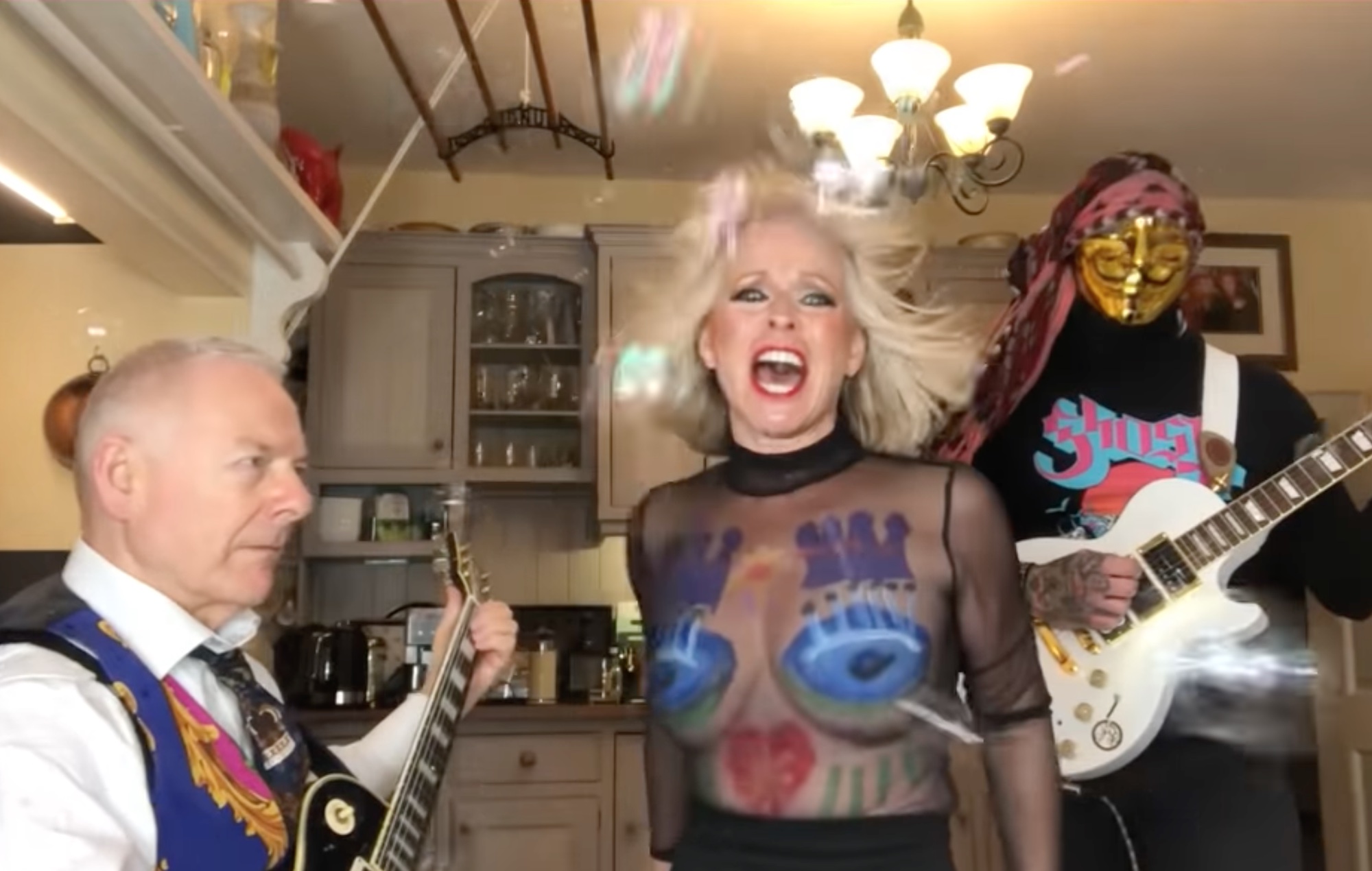 Robert Fripp and Toyah Willcox‘s Sunday Lunch has continued today (April 18) with a cover of The Rolling Stones‘ ‘(I Can’t Get No) Satisfaction’ – watch the performance below.

The pair have been delighting fans during lockdown with their exuberant, hit-packed series of covers, shared each Sunday.

Last week, they covered Judas Priest’s ‘Breaking The Law’, and now is the turn of The Rolling Stones.

Watch the new cover, which sees Willcox covered in body paint and the pair joined by “mysterious stranger” Sidney Jake on guitar, below.

Willcox revealed in February that her Sunday Lunch video series started because her husband, Fripp, was having withdrawals from performing during the COVID-19 lockdown.

“Here I am in this house with this 74-year-old husband who I really don’t want to live without,” the musician and actor said of Fripp, explaining that she wanted to occupy the guitarist. “He was withdrawing, so I thought: ‘I’m going to teach him to dance.’ And it became a challenge.

“I do the lighting, the filming, the conceptual side and the persuading Robert to take part,” she added.

Discussing ‘Easy Sleazy’, NME wrote: “Reclaim your Stone and your Foo please, they’re lost. It’s like watching two people who have been teamed up at a ‘Write your own song’ workshop and they’ve given it a good go.”

Following the song’s release, Jagger has announced that he is selling an art piece built around the song as an NFT (non-fungible token) to raise funds for beleaguered independent music venues.

Prince Philip’s Funeral Marks the End of an Era for U.K. Royal Family